Home CBD Info Cannabinoids 101: From THC to CBD and Beyond
CBD Info, Flower

Cannabinoids 101: From THC to CBD and Beyond 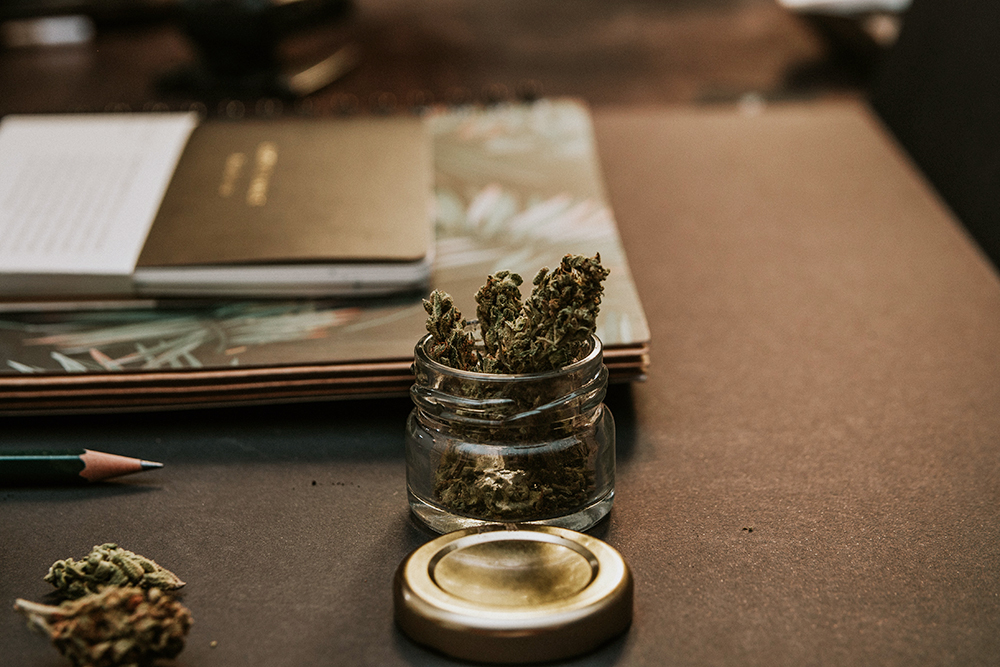 The Guide to Delta 8 and Delta 9 THC

5 Ways to Sober up from a Bad High

Paws for Health: The Benefits of CBD for Dogs

If you’re interested in cannabis and all the compounds it contains, you’re in the right place. In this comprehensive guide, we’ll be exploring everything you need to know about cannabinoids.

Cannabinoids are the chemical compounds found in cannabis plants. While there is a wide range of estimates as to how many cannabinoids exist (some say over 140), most of these exist at such low levels that they are difficult to detect. As a result, the focus has largely been on the two most well-known cannabinoids: tetrahydrocannabinol (THC) and cannabidiol (CBD).

THC is the cannabinoid most commonly associated with the psychoactive effects of cannabis, i.e. the “high” that many users experience. It is a chemical compound known as delta-9-tetrahydrocannabinol, and it is found in higher concentrations in cannabis plants that are classified as marijuana.

However, THC isn’t the only cannabinoid of its kind. In recent years, the cannabinoid delta-8-THC has gained popularity. Delta-8-THC is found in higher concentrations in hemp plants, which makes it potentially legal in states where recreational marijuana is still illegal. Delta-8-THC is said to offer a relaxing effect similar to delta-9-THC, but without as much of the “high” effect that some users find too intense. On the other hand, delta-10-THC operates on the opposite side of the spectrum, offering a mild “high” effect and less relaxation.

Another cannabinoid you may have come across is THCV, which is thought to have a similar intoxicating effect to delta-9-THC in larger doses. However, it is found in much smaller quantities in cannabis plants, which makes it less attractive to sellers. CBD is a non-psychoactive cannabinoid that has gained a lot of attention in recent years. It is found in both marijuana and hemp plants, and is available in various forms including tinctures, edibles, vaporizer oils, and ointments.

The reported health benefits of CBD are wide-ranging, including anxiety and movement disorder relief, and pain relief when applied topically. It is also widely considered a safe and cost-effective option for those new to cannabinoids, and there are countless companies offering third-party lab-tested products that can be found on their websites or on packaging QR codes. 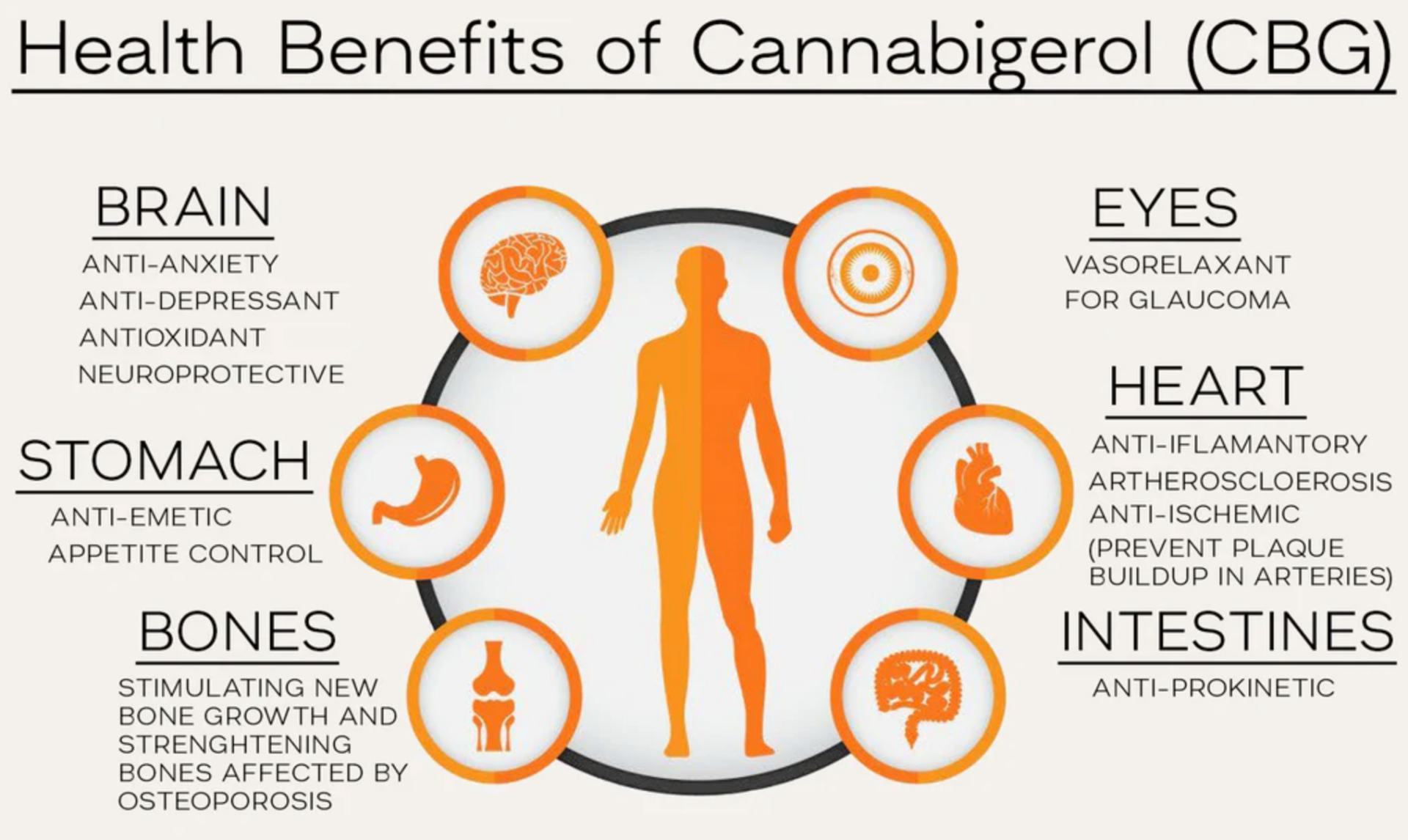 CBG, or cannabigerol, is a cannabinoid found in cannabis plants. It is known as the “mother” cannabinoid because all other cannabinoids, including THC and CBD, are synthesized from it. The legal status of CBG is somewhat unclear, but most companies follow the same rules as CBD when selling it. CBG is difficult to extract, so not many companies have started selling it yet. However, some believe it could be more powerful or have a wider range of benefits than other cannabinoids. In fact, some studies have suggested that CBG could be effective in reducing inflammation and pain, as well as acting as an antidepressant. It has also shown some potential as a treatment for cancer in early research. Additionally, some believe that combining CBG with CBD could create a “synergy effect,” where the two cannabinoids work together to enhance each other’s properties. This is known as the “entourage effect.” Overall, CBG is an interesting cannabinoid with potential health benefits that are worth exploring further. 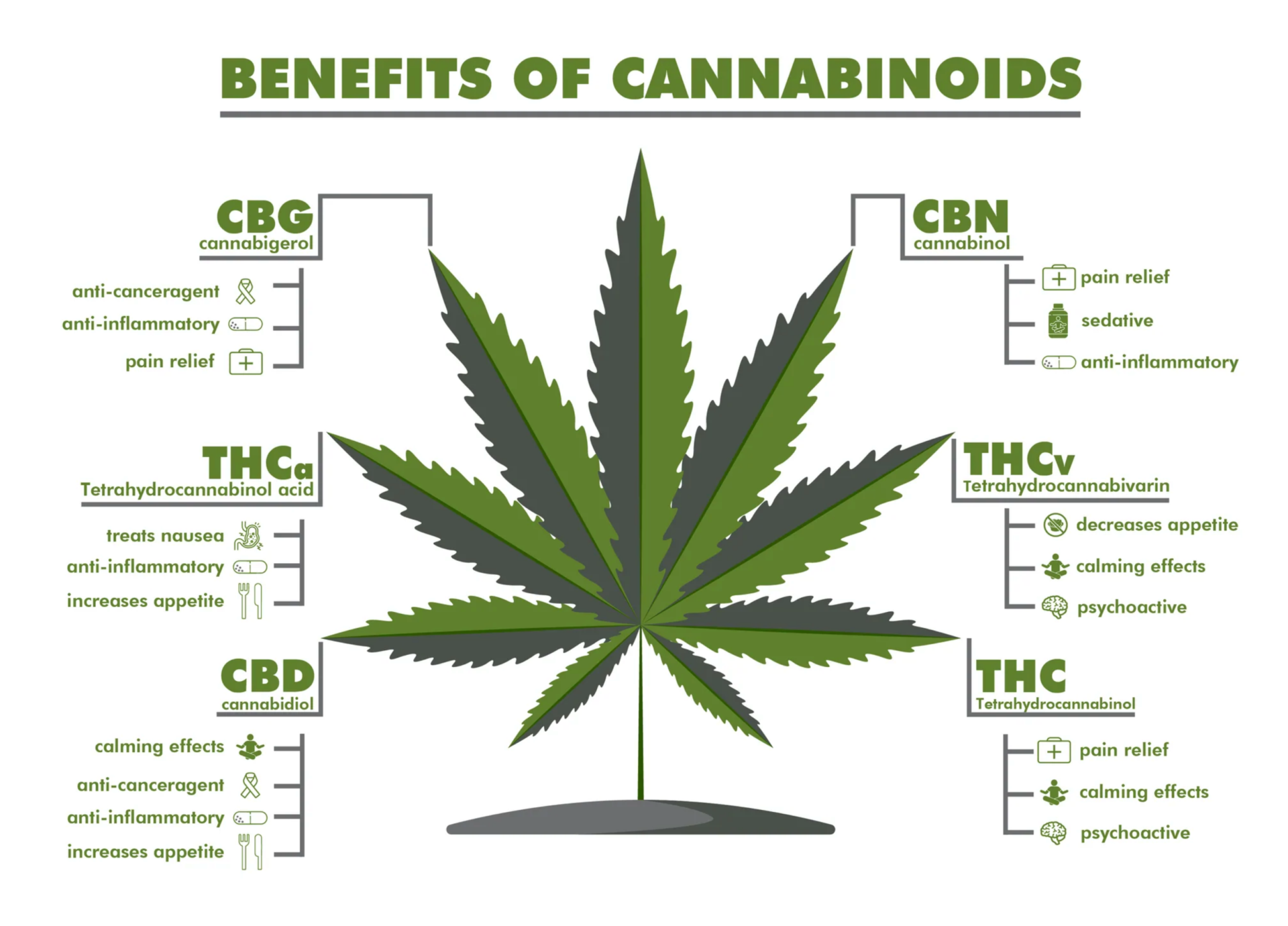 CBN, or cannabinol, is a cannabinoid found in cannabis plants. It is a mildly psychoactive compound, meaning it can produce a mild “high” in users, but it is not as intoxicating as other cannabinoids like THC. CBN is only found in small amounts in fresh cannabis, but it can be more common in older cannabis that has been stored for a while. This is because THC can break down into CBN over time, making it easier for sellers to produce.

In addition to its psychoactive properties, CBN has also been the subject of some early research into its potential health benefits. One study found that CBN has antibacterial properties and could be effective in fighting certain types of bacteria. Another study in mice showed that CBN might be able to slow down the progression of Lou Gehrig’s disease, also known as ALS, and other neurodegenerative conditions. More research is needed to confirm these potential benefits and to determine the optimal dosage and method of use for CBN.

Overall, CBN is an interesting cannabinoid with potential health benefits that are worth exploring further.

In a nutshell, cannabinoids are the chemical compounds found in cannabis plants that can have a variety of potential health benefits. While THC and CBD are the most well-known, there are many others to consider, like CBG, CBN, and CBC. THC is the psychoactive compound that gets people “high,” while CBD is non-psychoactive and has a ton of reported health benefits. It’s worth taking the time to explore all the different cannabinoids and see which ones might be right for you

Enhance Your Health with the Power of CBD

Paws for Health: The Benefits of CBD for Dogs

what are you looking for?